Filling a Void in my Heart

After I lost Zaida, my Endurance Arabian, I had a hole in my heart, an empty stall in the barn, and blank space in the pasture. I didn't want to replace her, but I needed to do some good in the horse world.

Zaida (WMA Godspeed) and I at an Endurance ride

In addition to my emptiness, I could also see that Gypsy longed for  a companion. Within a few weeks of Zaida's passing, a friend who is a horse trader contacted me about two horses he was going to send to auction because he didn't have a trainer to get them going, and he had too many horses. My friend had rescued one - a paint - from the kill pen, and the other, a pure black horse but with one white pastern- came from a ranch. I went and looked at the horses, and gathered as much information as possible on the two horses. The guy didn't know if the paint was broke, and the black horse was broke and up for sale, but a girl fell off of him, so he couldn't continue to advertise him for sale, in order to protect his business. Both horses appeared to be in good shape, and he was only asking for what he paid, which was $300 for the paint and $600 for the black one. So I went back the following day and picked them up.

(Apache above) the day I brought him home

Chief and Apache below

I brought the two home and kept them separate in quarantine, which is common for horses that come from an unknown source, such as a kill pen. Luckily I did, because Apache exhibited symptoms of strangles. It took a few weeks to erupt, and sadly, little Abbie above, was also exposed to strangles. Fortunately, everybody survived the nasty ordeal, and they were all back on the road to health. I soon learned that Chief was a great horse for English and he loved jumping and was good at it. He was broke, but needed riding on a regular basis, he had a lot of energy.

As for Apache, his level of training was unknown. So I did what I do best, I tested him out. I had my vet come check him out and make sure he was sound for riding, and we began from the beginning. First thing was tot see if he was accepting of a saddle. Which he was. He could walk and trot, and even happily rode bareback. Apache was a very in your pocket kind of horse. He was gentle and curious about what people were doing. It was likely that he had never been physically harmed, but may have suffered neglect, which you can see in some of the photos where his ribs are showing. He was quite a bit underweight, but that was reparable. Chief, on the other hand, likely came from a ranch or somewhere the he was rode hard and put away wet. Meaning, he wasn't extremely affectionate like Apache, but he had no reason to trust or distrust people. He was quite neutral in his personality.

Disclaimer: My goal is not to buy and sell horses, my goal is to take in horses - even if they cost me money- that need help becoming a better horse, so they can find a suitable home. Of course if I found the perfect horses for me, it would have a forever home with me, but personally, I do not want more than two or three horses of my own. It is too much to maintain riding and food-wise . I am also fully aware that it takes about one year of working with a horse, to break its old habits and get them to connect with me. I don't expect to see change right away, but I do expect to see subtle differences around the six month mark.

I knew after assessing both horses, that I would be able to re-home Apache relatively quickly because of his willing personality, but Chief needed additional work. So I spent about three months working with Apache to remind him what he was supposed to do, and rewarding his efforts. I helped him become more polite on the ground, become less buddy sour, and reminded him of what it was like to be ridden. Mostly we worked on building muscle and rounding out his back so he could be a strong horse again, and be able to maintain balance while carrying a rider. In the meantime, I searched for his forever home. I loved him but needed to make space for the next horses that needed help.

A woman named Dorothy from Blanco, Texas answered the advertisement. She had previously owned a horse, but after a divorce, could no longer keep him. Dorothy and her friend who owns home makeover company both came out to assess Apache. Dorothy came back a few days later to take him for a test ride. One thing I learned about re-homing horses, is that 90% of the time, an experienced buyer, will ask the seller to ride the horse first. The reason behind this is that if the seller is scared of the horse, they won't ride it. There is more on that in my post on buying and re-homing horses. So before she said anything, I offered to ride Apache to show her what he knew, what he didn't know, and his flaws. Apache was a head tosser. He hated the bit, so I bought him a hackamore. He was much happier with the hackamore, but it is a little nerve racking to ride in an open field with a group of riders at a fast pace and your only barking power is a hackamore. Anyways, I explained all of this to her, and mentioned she should work on getting him used to a bit, but for now, he needed a hackamore, as his past probably included a heavy handed rider, or a major accident involving a bit, which was visible by scar tissue around his mouth.

Once I rode Apache, Dorothy and I went on a trail ride where she rode him out in the open at a walk and trot. She returned a couple of more times to ride Apache before we reached an agreement for her to take him home. By this time, she had ridden him through our trails and in deep water where he enjoyed pawing at the water in hopes of laying down in it. Apache seemed content with Dorothy, and I looked forward to him going to his forever home where he would get all of he attention that he desired. 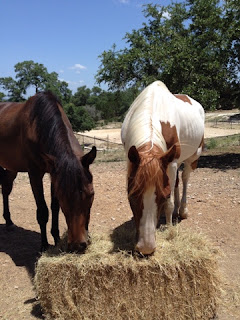 As for Chief, he was broke well, but had developed some poor habits to intimidate his rider, and I was unwilling to sell him like that. I started him in an English saddle and we began jumping. This helped redirect his energy. He also joined me on several camping trips and carried me through hundreds of miles of trails.

As I strived to work him into a more calm horse for whoever he might end up with, I tried other riders on him and found that he really needed an experienced rider who he could not intimidate. his new owner would need a very soft hand and calm attitude. I was sure that it would take a very skilled person to help him reach his full potential. The alternative was to find him a home where he would have a nice slow easy life. He would walk and trot and not be asked for too much, as that is where he would begin arguing with his rider. I am very concerned about selling an "up" horse for the same reasons that I mentioned in my other post on Smokey.

I continued working with Chief for about a year, while I searched for his forever home. Late one evening, a woman on the southside of San Antonio contacted me about trading Chief for her horse who, at the time was named Skylar. She was a rider who only desired to walk and trot around her longhorn farm, and her horse was ok with this, but he was a very big boy, and he often bucked if he did not want to be ridden. She was concerned about coming off of him at such a great height, so she was looking for a horse that was a bit smaller, but that would be happy to have a nice slow pace through his life. She had a large pasture for Chief to graze and put on some weight, a donkey who would be his companion, and she was willing to work with him in the round pen before he was ridden, to help him burn off some energy. I agreed to bring Chief to her house so we could meet the horses. I took Skylar for a test ride. The lady informed me that he "crow hopped" when asked to lope. So naturally, I did what I did best, I asked him to walk, trot and lope. And he did what he did best, he bucked me off.

I said "I'll take him," as blood dripped down my arm from landing in the briar patch.

Thrush in Your Horse's Hooves